Our Latest run of Mystery was in Sioux Falls, South Dakota at the Orpheum Theater in September of 2019. It was a major success, especially in a city with a show most people had never heard of. We had 1,800 in attendance over the two weekends.  Come back soon for photos and videos from Sioux Falls. We are sending a donation to the local Sioux Falls chapter of the American Cancer Society. To be continued.

Mystery is a thrilling, thought-provoking and stirring global “treasure hunt”. This contemporary musical full of plot-twists and unexpected turns reveals how the message of wonder and grace are key to unlocking the hidden treasure!! This is the story of one family’s search for buried treasure somewhere in Eastern Europe. They are driven to extreme measures to find it.  But…history has secrets and many riddles must be solved. The colorful characters in this saga must face their enemies and the evils of this world, from cancer to con artists, while grappling with life’s toughest questions. In the end, their

discovery becomes a matter of life and death. In the end, the treasure they find is beyond their wildest imagination. Influenced by the works and lives of C.S. Lewis, Dietrich Bonhoeffer, Ravi Zacharias, J.F. Baldwin, G.K. Chesterton, Bram Stoker and more. Mystery is a Faith Based musical. Lights Up Productions produces musical theater with a Christian worldview.

The characters of the story 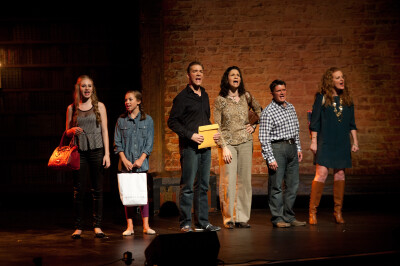 Mystery centers around the life of a Hollywood actor and atheist, Sam Zimmer. Some of his struggles with matters of "faith" and the existence of God stem from his own experiences of tragedy going back to his childhood along with the recent loss of his wife to cancer just five years earlier. Why does God allow so much pain to exist? His daughter Inesa Zimmer is a young and talented dancer with a more positive perspective toward the loss of her mother. Sam's sister and Archaeologist Dr. Emma Zimmer, a bit of a feminist, also has a very different view on matters of  life and faith. Cora Vandal is the new nanny hired to help with Inesa, who is part of a grand and sinister  scheme with Sam's agent Talon Meyer. They both have a dark and troubled past. Hang in there to the end to get their full story. Then there's another one of Talon's clients, Hollywood star Audrey Cavanaugh, who dated Sam for about six months and now stuck in multiple contracts with him. Finally, thrust into the middle of the story is best-selling author, lawyer, journalist and former atheist, Anton Witkowski. He's from England and his grand parents were Polish holocaust survivors.  Scenes are set or embedded anywhere from present day to 1975, to 1890’s London and 1940’s Poland during World War II. The final scene takes you to a 13th century castle in Romania, but we don’t want to give away ANY more of our story. 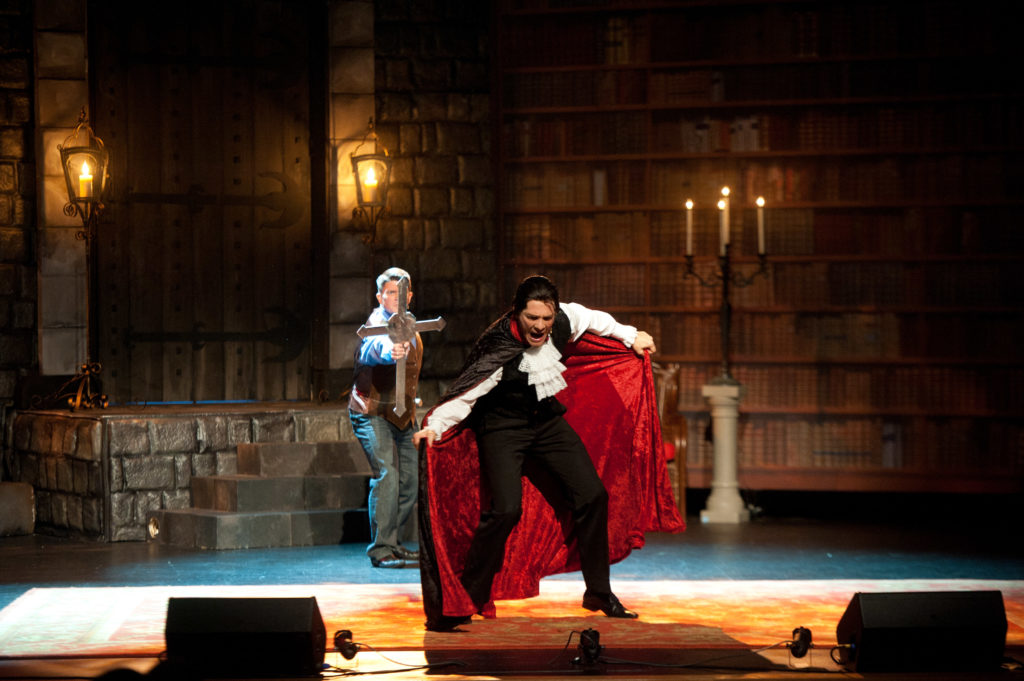 “This show is a fast-paced musical that asks the age-old questions about faith. It is technologically remarkable! The music is moving and riveting and the performances are all strong! Mystery packs a powerful punch!” – Michael Lamb (Director/Producer/Entertainer and veteran in the business)

"I enjoyed the musical immensely and was especially touched by the perspective on pain and suffering, and the impact on innocence. This show answers questions that so many atheists and angry people have. I loved the way the story weaves together the young boy with the adult version of himself and the impact of pain on his life. Free-will brings pain and suffering but it also brings grace. You can’t have grace without free will – Powerful message.” – Karen

“Mystery was dramatic, high energy and truly made the audience think about the meaning of life. I continue to be 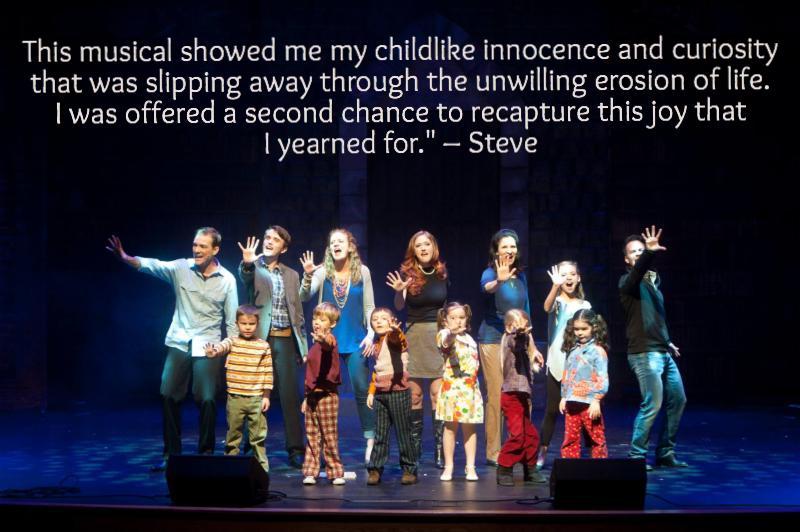 thoroughly impressed with the talents of the cast and crew of Lights up Productions. Mystery in particular is a must see!” – Stacy

“Absolutely amazing production…hitting real life issues..songs were catchy..and touching..cast was beyond talented and really flowed together..I laughed..I cried… I had goosebumps..but most of all I heard the message that GOD needed me to hear... Thank you."

“Mystery is new, innovative, exciting, and impactful! As always, the set, lighting, acting, and writing was all done with excellence. In the writing, Brent does not leave one detail unattended, which makes for 2.5 hours of deep, rich content, with entertaining and thought-provoking performances. It is clearly a culmination of years of study and careful crafting. This show responds to and refutes the challenging questions of “logical” academia with Biblical truth and fact in a relevant way. This is most needed and necessary today.” – Amy