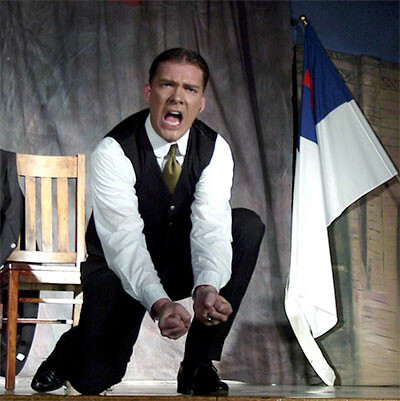 This show is now available for licensing. You can perform it with as large or small of a cast as you wish. Contact us for more information.

This is the message America needs to hear and the show everyone must see. Now seen live by nearly 100,000 people across the country and having a dramatic impact on people of all ages and walks of life. “Sunday in Manhattan” is a Broadway-style musical with a deep and challenging message for the Church, individual Christian and unbeliever alike.
Countless people have turned to Christ and Christians have discovered their value as people who can impact the lives of others for God.

Performed “live” 229 times for three years. The touring is over, but the DVD lives on. The video was filmed in front of an audience of 1,400 people. If you didn’t experience the show in person you can experience it still. Going beyond the performance we have added nearly 200 historic photos of Billy’s life from his baseball career through is dynamic ministry along with images of WWI, old New York, Chicago and more. Read more below or order the video now.

“One of the most dynamic musicals I have ever seen. This musical is done with excellence . It takes you back in time as well as relates to the needs and challenges of the 21st century. .”
— Pastor D. Wendel Cover, Springfield, VA

This is the message America needs to hear and the show everyone must see. Now seen live by nearly 100,000 people across the country and having a dramatic impact on people of all ages and walks of life. “Sunday in Manhattan” is a Broadway-style musical with a deep and challenging message for the Church, individual Christian and unbeliever alike.

In 1917 the baseball evangelist came to New York City for ten weeks and preached to over 1 million people in the wooden 18,000 seat tabernacle on the corner of 168th and Broadway. With the world at War, he was in a war of his own. In the largest city in America, he was relentless on his pursuit for souls. Whatever the devil didn’t want him to do, that is what he did. He fought to see that everyone knew about the wonderful saving grace of God and how Christ brings rest to the weary soul. This revival resulted in nearly 100,000 converts in the tabernacle alone. The final nights offering of $120,000 was given to the Red Cross to support the soldiers.

Billy Sunday, the poor boy from Iowa, who rose to fame as a baseball player preached the gospel like no other. He’s the man who did more than anyone in the first half of the 20th century to keep biblical Christianity vital. President Theodore Roosevelt considered Billy the  foremost reformer in the United States.” He truly touched the heart of America. This musical will take you on a historic journey like no other. It presents the essence of Sunday’s life and ministry, but let it be more than looking back. The intention is to be relevant with this story in a way all of us can relate. May we all look within and look ahead and find our place in God?s mighty Kingdom. (For more on Billy CLICK HERE) 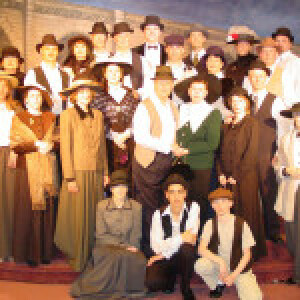 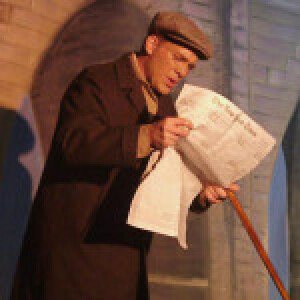 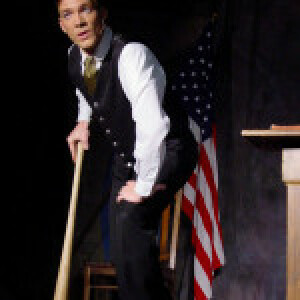 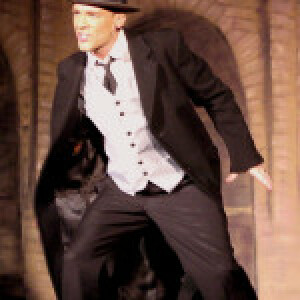 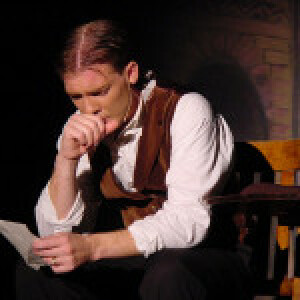 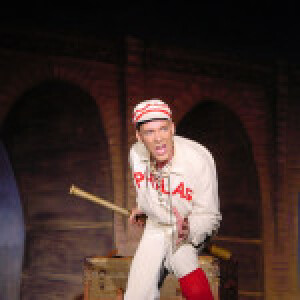 By the middle of the 17th century God had awakened a group of people in England and revealed to them the need to stand up for truth, be a voice in society and go where He leads them. Thousands left for the new world they would call the land of the free. Over the centuries people from around the world continued to pour into America, looking for a new beginning. In this new country more spiritual awakenings would be desperately needed and they would come.

For several thousand years, since the times of the Old Testament, nations have risen and fallen and kings and rulers have come and gone. Societies and cultures change, but the heart of God remains the same. When America “forgets God” and turns away from Him, He awakens individuals to use them as a voice in society. Numerous times in American history, as we were in desperate need of a spiritual awakening, the Holy Spirit gripped the hearts of a few and changed the hearts of thousands, ultimately, millions.

Awakenings are usually preceded by a time of spiritual depression, apathy and gross sin, in which a majority of nominal Christians are hardly different from the members of secular society, and the churches seem to be asleep. Unfortunately, when the prophetic voice and moral leadership of the Church has been stilled for some time, social evils are usually rampant. As a spiritual awakening occurs, God raises up leaders, calls His people to repentance, puts a new hunger within their hearts to know Him intimately and uses them to evangelize society. In 2 Chronicles 7:14 God said, “If my people, who are called by my name, will humble themselves and pray and seek my face and turn from their wicked ways, then will I hear from heaven and will forgive their sin and will heal their land.”

The Great Awakenings of the 18th and 19th century resulted in millions of people converted to Jesus Christ, and radical changes in society as well government. This has always been the pattern. Some leaders in society who did not claim to be a born-again Christian were still influenced by them as they saw the benefit of living by Biblical principles. Laws were passed as a result of the awakenings, colleges were born and missionaries were sent around the world. The anti-slavery movement in America was mainly a part of the reform movement generated by the Second Great Awakening of the mid-1800s. In the words of Jonathon Edwards of the first awakening, “People don’t need their heads stored as much as they need their hearts touched.” Charles Finney of the third awakening believed that if you want to do something about slavery, do something to change the hearts of men. When people say “yes” to God and respond to His grace they are changed from the inside out. God has mightily used men and women, young and old, rich and poor, known and unknown to impact this society. Through our successes and failures, great feats and grave mistakes, times of unity and times of division, God refuses to let us stray from His prevailing truth.